Watch Out For These New Hampshire Plants

Hiking in the woods and mountains of Northern New England can be wonderful. Unfortunately, not every plant in the wilderness is your friend. Learning to recognize certain important plants can help you enjoy the experience.   Ask us about NH Endangered Plants or share comments. To feature your business, contact us. 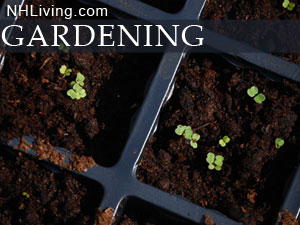 One of the most common plants that all hikers should avoid is poison ivy. Most people are allergic to urushiol, a substance found on poison ivy leaves. For these people, contact with the plant can cause an itchy rash and swelling, particuarly around the eyelid. Poison ivy is a climbing vine with glossy leaves that can be red in the spring, green during the summer, and yellow or orange in the fall. Poison ivy has three leaves, so as the old saying goes, “leaves of three, let it be.” In order to minimize your exposure to poison ivy, wear gloves and long pants when you go into the woods. If you know poison ivy grows on your property, get rid of it. Whatever you do, don’t burn the plants. Breathing in the smoke can cause a severe reaction.

If you think you were exposed to poison ivy, you should try to remove all traces of the oil. Rinse the affected area with soap and water, but don’t wipe with a cloth. Be sure to wash the clothes you were wearing. You shouldn’t scratch, but not because it will spread the rash. Once the reaction appears, you cannot spread it to other people or other parts of your body, but scratching could cause an infection. Aloe vera or calamine lotions and oral antihistimines such as Benadryl can reduce the itch, but they won’t help your skin heal faster. People with particularly severe reactions should see a doctor. They may be prescribed a steroid cream, or even a steroid pill if a large part of the body is affected. Steroids both relieve the itch and shorten the duration of the rash, but they are powerful drugs and many doctors are reluctant to over-prescribe them.

Hikers should also be mindful of endangered plants. Hundreds of New England plant species are threatened. Robbins’ Cinquefoil is a small yellow wildflower found only above the treeline in NH’s White Mountain National Forest. Hikers on the Appalachian Trail had trampled the Robbins’ Cinquefoil, but an awareness campaign has helped protect these fragile plants and they are no longer on the endagered list. Two endangered plants in alpine regions of New Hampshire are the mountain avens

(geum peckii) and the pale painted cup (castillega settentrionalis). The mountain avens is another small yellow flower, and it is globally rare. The plant is found only in certain areas of the White Mountains and Nova Scotia. The pale painted cup is common worldwide, but rare in New England. All plants above the treeline tend to be vulnerable because their environment is already so precarious. It is a good idea to avoid walking on any of them, even if they look like weeds or ordinary wildflowers.

If you see a particularly pretty flower, resist the urge to pick it — if the flower is endangered, picking it could

be against the law. New Hampshire’s state wildflower, the pink lady’s slipper, is the only form of lady’s slipper not officially endangered in New Hampshire, but it is still illegal to pick. In fact, the flower is listed as a “plant of special concern” because it was so pretty, people were over-picking it. A type of wild orchid, the lady’s slipper is 6 to 15 inches tall and blooms from April to July. If you see a lady slipper growing naturally, do not attempt to transplant it.

In New Hampshire, the Native Plant Protection Act of 1987 allows landowners to do whatever they like with endangered plants growing on their property. However, if you are on someone else’s property, you should get the owner’s permission before picking or digging up any plants. You should get the government’s permission before interfering with plants in public parks and forests.

These simple precautions can help ensure that your hiking experience is enjoyable and that the beautiful plants you encounter will be around for other people to enjoy.