During the Great Depression in the 1930s Nashua New Hampshire and the surrounding area was victim to three natural disasters. A fire kicked off the devastation on May 3, 1930. Next was a flood in 1936 followed by a hurricane in 1938. Ask us about Nashua NH History or share your NH comments. To feature your business in NHLiving, contact us. 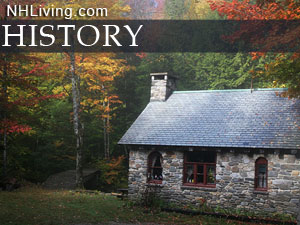 During the Great Depression in the 1930s Nashua New Hampshire and the surrounding area was victim to three natural disasters. A fire kicked off the devastation on May 3, 1930. Next was a flood in 1936 followed by a hurricane in 1938. 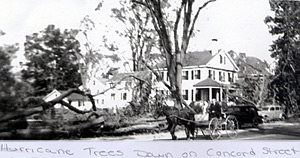 The fire is referred to as the Crown Hill Fire. Crown Hill was the area in Nashua where the majority of the devastation took place. Spread by high winds the fire destroyed 400 buildings, most of them residential. Residents helped to battle the blaze with bucket brigades, shovels of dirt and even blankets. Fire apparatus came from surrounding towns and even Boston to help battle the everspreading fire. The total loss was over $2 million and most Nashuans at that time were not insured. The Red Cross came to help with temporary shelter. Many of the homeless found places with friends and relatives. Even though many buildings were destroyed some of the materials were able to be put to use elsewhere. For instance, some of the bricks from one of the destroyed mill buildings were used to build a hangar for the Nashua Airport in 1934.


In 1936 the Nashua River flooded causing damage throughout the area. The flood was caused by heavy snow during the winter months that melted quickly during a warm spell in March of 1936. Then heavy rains added to the already swelling rivers. The water peaked on March 19, 1936. In some places the flood level was over 12 feet high. Even though the Nashua River did have a dam at the time to power the mills, the water simply flowed over it. The flooding took out railroad lines and houses floatingdownstream damaged bridges that were already underwater. Nashua was 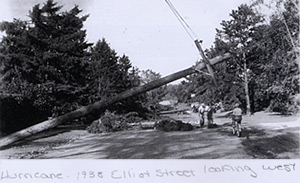 not the only area that the flood affected. Towns along the Merrimack River, which fed into the Nashua River, also flooded causing much destruction.

In September of 1938 a hurricane caught the residents of Nashua and the rest of the Granite State off guard. Beginning in Florida the hurricane turned upward giving New Hampshire only 48 hours to prepare. Many residents did not think that the hurricane would get to New Hampshire or at least would have weakened by the time it reached the New England area. During the hurricane the wind velocity on the top of Mount Washington was recorded at 163 mph. Damages were estimated at half-a-million dollars. 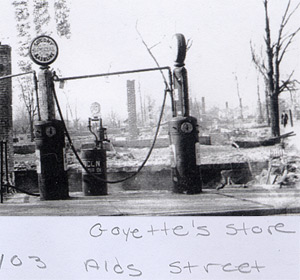 More about New Hampshire’s Fascinating Past