New Hampshire politics are as varied as the terrain. From sandy beaches to ragged mountains the Granite state is an interesting blend of Independents, Republicans, Democrats, Libertarians, and others. Until recent years New Hampshire usually voted Republican. Prior to 1992, New Hampshire had only strayed from the Republican Party for three presidential candidates – Woodrow Wilson, Franklin D. Roosevelt and Lyndon B. Johnson. NH voted for Presidents Richard Nixon and Ronald Reagan twice by overwhelming majorities. NH attracts millions of dollars during political campaigns due to the states first in the nation primary status. Please share your comments.

New Hampshire’s state motto “Live Free Or Die” is taken seriously. New Hampshire is the only state in the nation that operates without a sales tax. Broad-based taxes are limited and are opposed by most residents although there is a 9% sales tax on rentals (car rentals, vehicles and rooms)

and meals, and a 5% income tax on dividends and interest. Governor John Lynch also signed a Business Enterprise Tax, which is essentially an income tax on sole proprietors. New Hampshire Politicians, however, are routinely asked to take “The Pledge” against broad-based taxes. 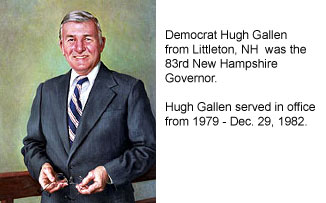 The New Hampshire North Country – that is the area north of the White Mountains tends to be much more politically conservative than the southern tier of the state. 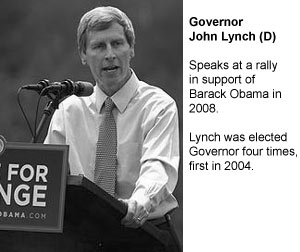