The New Hampshire State Police history began around the year 1869. In that year, the first piece of legislation was drawn for the cause of creating a state-wide system of New Hampshire law enforcement. Ask us about visiting NH or share your business news, contact us. 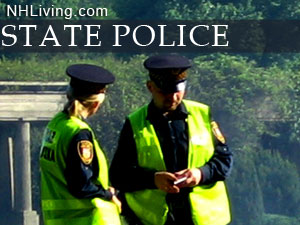 The jurisdiction of the NH State Police is limited to toll roads, interstate highways and towns or cities under 3,000 people.  Actually, the first conception of the New Hampshire State Police was more like a Constable to watch over the local police. This constable would hold all the power and responsibility of all the regional law enforcement agencies with the ability to deputize other agents of law enforcement as he saw fit. The proposed constable and deputies would have limited authority, in that they could only take action if the local laws had not been enforced. The legislature of New Hampshire did not give the necessary two-thirds backing needed for this proposal, but the interest in State Police for New Hampshire did not fade.

Through the century, and into the start of a new one, the New Hampshire State Police underwent changes in uniform due to the shortages of WWII, changes in the use of unmarked cars due to public disapproval, and changes in communication from the development of the short-wave radio.