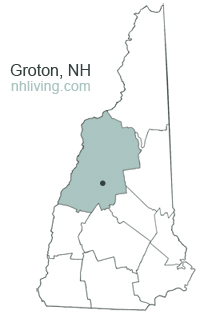 The town of Groton, New Hampshire was first named Cockermouth in 1761, after Charles Wyndham, Baron Cockermouth and Earl of Egremont, who succeeded William Pitt as Secretary of State. At the time of the original grant, few grantees had taken up their claims, and the land was regranted in 1776. In 1792, a later grantee, Samuel Blood, succeeded in renaming the town Groton after his hometown in Massachusetts.

To share any Groton, NH information with us, please contact us. Learn more about advertising in NHLiving.