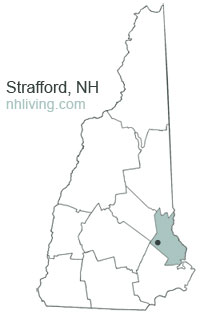 Stafford, New Hampshire was first settled prior to the American Revolution. Stafford takes its name from the county in which it is located. Earl of Strafford was a title of the Wentworth family in England. The name was also adopted by a state militia company in Dover, the Strafford Guards, who later became part of the New Hampshire National Guard. Strafford includes the village of Bow Lake.

To share any Strafford, NH information with us, please contact us. Learn more about advertising in NHLiving.