How the Official Holiday of Lovers Began

It is believed that over one billion valentine cards are sent annually. How did this feast day celebrating a martyred Catholic saint become the holiday celebrating love and lovers? Originally, February 15th was a Roman pagan holiday. It was known as Lupercalia and celebrated Faunus (the Roman god of agriculture), the beginning of spring, fertility, and the Roman founders Romulus and Remus. On this day unmarried women’s names were put into a pot. Unmarried men would choose a name and the pair would become romantic couples for the year. These matches often ended in marriage. Ask us about Romantic Places in NH or share comments. To feature your business, contact us.

We've got it all in the heart of the White Mountains. We'll help plan your wedding from beginning to end - catering, music - and our wedding planners are in the business of making memories. Golf, fine dining, 5-star accommodations, tennis, tubing & 10 minutes to major ski resorts.
Visit Owl's Nest Resort - Thornton, NH 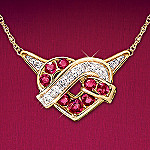 When Christianity took over, this holiday was altered. The Church instituted the feast day of Saint Valentine who was martyred on February 14th. Saint Valentine was already considered the patron saint of betrothed couple, greetings, happy marriages, lovers, and young people, so the tradition from the pagan custom transferred in. Valentine’s Day became known as the day for young men to gain their chosen gal’s affection.


Around this same time it was believed in England and France that birds began to choose their mates around the middle of February. This helped lead to the romanticizing of Valentine’s Day. Superstition says that the bird you watch on Valentine’s Day will hint at the man you will marry. If you see a squirrel, it means you’ll marry a cheapskate. Seeing a goldfinch means you will marry someone wealthy. Seeing a robin means you will marry a crime fighter. And if you see a flock of doves, that means your marriage will be peaceful and happy.

The tradition of giving cards on Valentine’s Day has been around since the Middle Ages. It is said Valentine sent his love a letter from prison and that is what started the tradition. Or maybe it began from the letters children gave to the saint. Either way, the tradition was popularized in the 17th century with handwritten notes and tokens of affection being exchanged on Valentine’s Day. This tradition became even more popular at the end of the 18th century when the printing press allowed cards to be mass-produced.

Another tradition that got its start in the middle ages was giving roses. The Greeks and Romans believed Eros (Greek, the son of Aphrodite) or Cupid (Roman, the son of Venus) was bringing sweet nectar to the gods on Olympus when he dropped some of the nectar on the ground. Out of the spilled drink grew a rose. Because Eros/Cupid is the god of love, the rose became considered the flower of love. As such, it became the signature gift of Valentine’s Day.

Today, Valentine’s Day is celebrated in many countries including America, Canada, Mexico, the United Kingdom, France, Italy, Australia, and Denmark. The holiday is no longer restricted to couples but is seen as a day to honor anyone special.

Read about Saint Valentine and more information about the Holiday of Love.