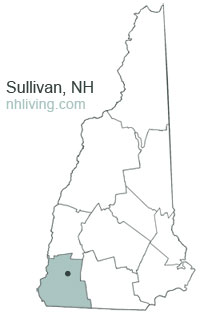 Sullivan, New Hampshire was carved out of portions of Gilsum, Stoddard, Nelson, and Keene. This Monadnock region town was named in honor of General John Sullivan, a Revolutionary War hero. General Sullivan served as a member of the Continental Congress, Adjutant General to Washington, and Major General of the Northern Army. He was elected President of New Hampshire in 1786, and the town of Sullivan was created the following year.

To share any Sullivan, NH information with us, please contact us. Learn more about advertising in NHLiving.