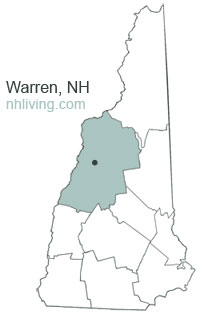 The New Hampshire town of Warren was Granted in 1764. Warren, NH was named in honor of Admiral Sir Peter Warren. Admiral Warren commanded the fleet during the conflict with Canada, ending in the capture of Louisbourg, Nova Scotia, in 1745. This action united the colonies with a common goal and provided them with fishing and fur trading rights.

Warren is the site of a New Hampshire state fish hatchery, and includes the village of Glencliff. 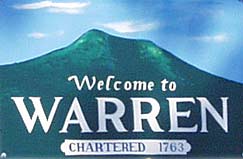 Warren, New Hampshire is located on what’s referred to locally as ”the quiet side” of the White Mountains”. Situated in the shadow of 4,802-foot Mount Moosilauke Warren houses a state fish hatchery, has an extensive snowmobile and hiking trails, and the Warren Village Inn. 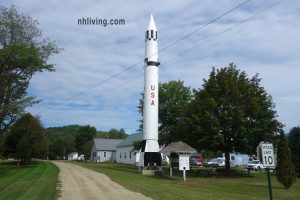 You won’t find waterslides and outlet stores here, but you will find Northern New England charm and something no other town around here has … a missile.

The unique attraction in the center of town is the 70-foot Redstone Missile. An actual expired NASA missile that was located and brought to the White Mountains by Ted Asselin and Irving MacDonald. This is the same type of rocket that sent New Hampshire native Alan B. Shepard Jr., into orbit in the early 1960’s. After Warren approved his plan, Asselin picked up the Redstone (for free) and had it shipped by truck to the White Mountains, all at his own expense. 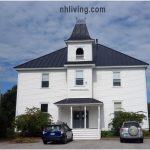 The eight-ton rocket is now anchored to earth with five steel I-beams set in 8 feet of concrete. It has stood in the center of Warren for more than 35 years and is likely to be here for many more years to come. 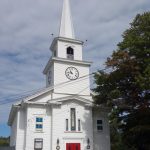 The Warren Historical Society, located next to the missile, has more information about the Warren Redstone Missile and the history of the town.

There are six towns in New England named Warren. (one in each state) Of the six, Warren, New Hampshire is the smallest in population – but the only town that sports a Redstone Missile! 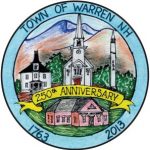 To share any Warren, NH information with us, please contact us. Learn more about advertising in NHLiving. 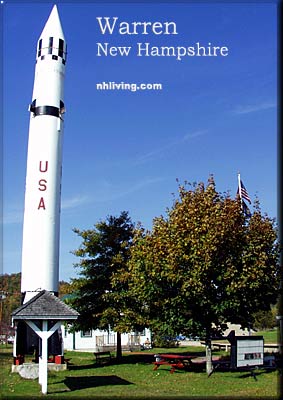 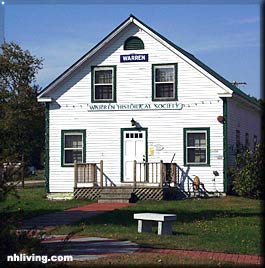 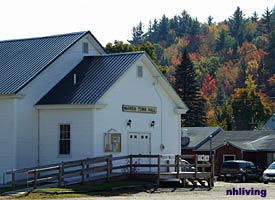