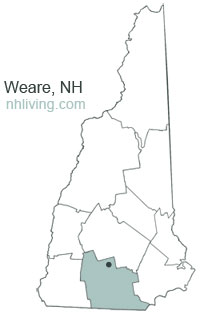 Weare New Hampshire (pronounced “wear”) is a small, historical town. Weare, began as a 1735 grant to soldiers in the Canadian wars, this town was named Beverly-Canada, for the soldiers’ home town of Beverly, Massachusetts. It then went through the names Halestown, Robiestown, and Wearestown. In 1764 it was incorporated as Weare, in honor of Colonel Meshech Weare, who served as the town’s first clerk. Colonel Weare served New Hampshire as its first president from 1776 until 1785.

To share any Weare, NH information with us, please contact us. Learn more about advertising in NHLiving. 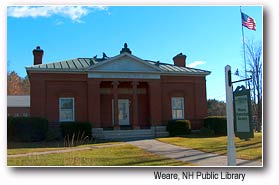